In recent months, several manufacturers have launched their new carbon running shoes. What was initiated by Nike some time ago has now become a separate running shoe category. Contrary to the prevailing opinion, these “fast” shoes are not only suitable for competition use, but are also fun in training. Here we give a small overview of the models available from us. For a fitting and advice, it’s best to come and visit us at the shop.

At Tempo Sport, several brands are represented with their carbon running shoes. They are similar on important points, but at the same time very different. The main differences are in the hardness of the carbon plate, its shape and position, as well as in the cushioning of the sole.

For all shoes in this category, however, one is similar (the harder the carbon plate, the more pronounced): The shoe forces you into a forefoot running motion, creating a “catapult effect”. At a slower pace, this can mean a very big change in the running style. However, the higher the speed, the more “natural” this movement feels. It should not be concealed that there is also a certain risk of injury lurking for inexperienced runners. Especially pronounced heel runners must be careful. Even with pre-existing calf problems, such a shoe can become tricky due to the increased strain on the calf muscles (forefoot running). That’s why it’s very important to get used to it slowly and use it in a targeted way. Some of the shoes are also somewhat unstable (especially at a lower pace), which is especially evident in tight corners or especially in slightly more rough terrain. In general, these shoes are recommended for asphalt or fine gravel paths and not for off-road use.

Probably one of the lightest and most direct carbon running shoes on the market. The stiff carbon plate is only incorporated from the middle foot to the front, the cushioning is very direct and the shoe runs incredibly dynamic and at the same time pleasant, especially at high speeds. But casual jogging is clearly not the world of this shoe. The propulsion effect of the curved shoe shape is too extreme. But if you are looking for a direct running shoe for fast training and competitions, you will be thrilled by the Metaracer. We see him in the competition area up to the half marathon (in triathlon rather in the range of 5-10 kilometers). However: Jan Frodeno ran the prototype in Hawaii last year, even this is possible if the prerequisites are appropriate. The fit, by the way, is rather narrow.

The Endorphin series consists of three models. We offer the pro and the speed. The Pro (unfortunately only available for women at the moment!) is the more radical shoe, as it has a continuous stiff carbon plate and therefore consistently forces into the forefoot movement. The cushioning is relatively generous, so the shoe is certainly suitable up to the half marathon or for more experienced runners also marathon distance. In the triathlon area probably rather until the 70.3. For fast training a real rocket, which is enormously fun at high speed. The reviews on the net outdo each other with superlatives to this shoe. No wonder, the men’s model is currently out of stock worldwide (we still have various women’s sizes in stock). But fortunately, the “little brother” is a very good alternative: The “Speed” has a hardened nylon plate, which offers significantly more flex than the stiff carbon plate on the “Pro”. This makes the otherwise very similar shoe attractive for a wider purpose. The “Speed” is perfect for fast training runs and even longer competitions. This shoe also feels most comfortable on asphalt or fine gravel paths.

On goes a similar but different way: The carbon plate here is a carbon-reinforced speedboard, which extends over the whole foot. One cloud sole is located above and one below the speedboard, which is located in the sandwich of two damping elements. Like its competitors, the shoe has a strongly curved shape. Due to the good cushioning and the not completely stiff speedboard, the catapult effect is not quite as pronounced (as with the extreme models of Asics and Saucony), but the shoe runs very comfortably even at a slightly lower speed. But that doesn’t mean he doesn’t like speed. On the contrary: This carbon running shoe also feels most comfortable with high tempi. On itself states the range for fast training sessions as well as in the competition use of 10 km up to the marathon. The fit is rather narrow, but the shoe sits like all On fantastically good.

Hoka One One Carbon X and Carbon X SPE

Hoka One One has a carbon running shoe in its range (or even several) for some time. The Carbon X already has a large fan base. Hoka offers the most muted and comfortable shoes in our carbon range. No wonder, they are especially popular with triathletes and long distance runners. The Carbon X has a continuous, stiff carbon plate and is therefore the slightly more radical shoe of the two models. The Carbon X SPE has a significantly thinner carbon plate and has noticeable flex and feels comfortable at a slower pace, but is otherwise very similar to the Carbon X (apart from the separate mesh liner for the SPE). Especially the suitability of the shoes for longer distances is probably the main difference to the above-mentioned competitors. Marathons or ultras are therefore also feasible for hobby runners with this shoe. But be aware: Here, too, the carbon plate provides the catapult effect into the forefoot movement. The strongly curved shape enhances this effect. Also, this shoe should not be worn off-road. On the one hand, the outsole is not reinforced by harder rubber (designed for asphalt and fine gravel paths) and in addition, only a very thin damping layer is applied above the carbon plate, which can be tricky when in contact with larger and/or pointed stones. By the way: The 50-mile world record was broken with this shoe, which proves its endurance ability.

For the Carbon X we have reached the following customer review, which we do not want to withhold from you (Hobbyläufer, Ü50):

Personal bests will be at danger, a new rocket device is on the market!

Once strapped on, the first steps feel good. Stable as with a high-mountain hiking shoe. Now I’m starting to run. It seems that a fixed step cadence is built in here. I’m on the move. As a middle foot runner, I immediately feel comfortable and keep the ambitious cadence. The cushioning is sufficient and reactive, direct, not like other Hoka models that feel fluffy, fluffy. No, a real “sports rocket”! You have to run the thing actively, not a shoe to hang your mind on the track. A real racing finch with drive and train. The forefoot area is comfortable and is tight. Especially on the heels, the shoe sits as if cast. Auweia, auweia, after 5 km I am slowly screaming, still this pace! I am already beginning to study my coming muscle soreness, where it will probably occur. You can’t walk this shoe slowly. In case of fatigue, the steps simply get a little shorter, but the cadence certainly does not. The stability is excellent, but the best is yet to come: The Carbon x is an absolute quiet pedal – running correctly, you only hear the wind noises and your own breathing, awesome! A light, dynamic, super-fast quiet shoe for the big attack on your PB!

Dear customers Our bike workshops in Horgen and Erlinsbach remain open. Observes the adjusted opening hours (Horgen and Erlinsbach): DI - FR: 1.30pm - 6-00pmSAT: 9 a.m. - 12 p.m. The rest of our business is expected to remain closed until February 28. What does...

END_OF_DOCUMENT_TOKEN_TO_BE_REPLACED 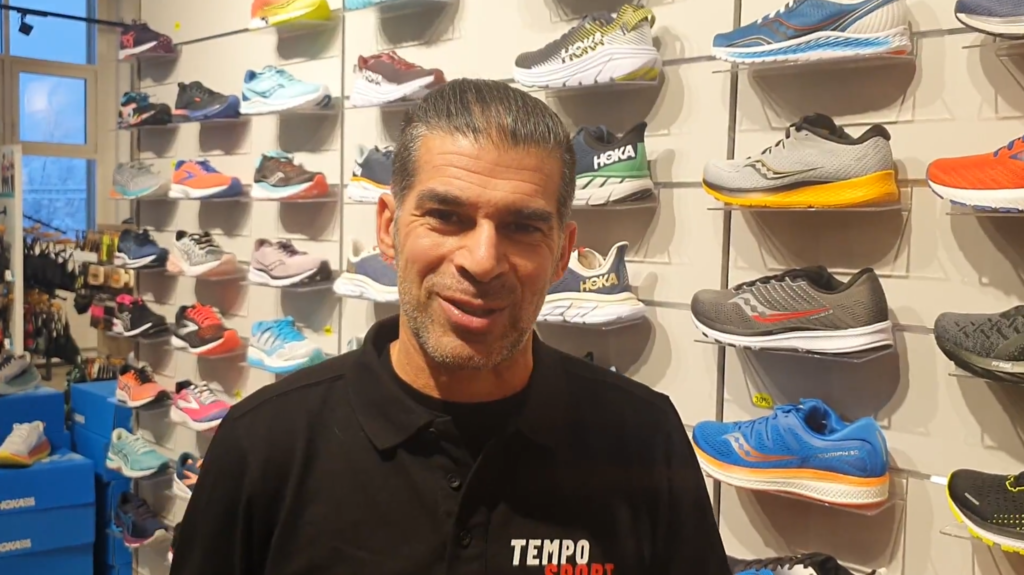 Currently only our workshop is open. But we would like to support you in the lockdown in the best possible way and now offer an efficient running shoe consultation by phone and/or mail. https://youtu.be/bKXN_KBHo6g From January 19th (until February 27th) you have...